Where are we? What happened to what we know?

Posted on February 16, 2015 by RichSimmondsZA 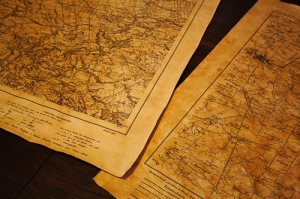 Traditional authoritarian systems are losing power, faster than we are understanding what is happening. I will try to explain what I am sensing, so that together we can try to figure out how we should be changing.

Lets look at the concept of Influence. Influence used to be about the money you had and how much you were prepared to spend on acquiring that influence. Money now gives you very little influence and true influence has become a currency in itself. Currencies have a value and my feeling is that influence is trading somewhere between 5 and 10 cents to the Dollar currently. We could argue that that is low but what is alarming is that we are even thinking about influence as a currency. There are many arguments for and against this theory, but three years ago this would of been the biggest joke around. This is precisely how disruptions will work in the future, they will be so subtle that most of us will miss them.

Now as your mind ponders the value of influence. Think about how you are going to acquire some more for yourself, I want you to think about what is happening in the world. The world is in turmoil and our ideas of what is normal are changing rapidly. What I am observing globally is that traditional structures are tumbling and especially those that are based on the principles of mass communication; like governments and the mass media that try to keep people in a state of fear, by telling stories that are exaggerated for the sake of keeping the masses in fear (and you just thought it was how newspapers made a profit).

I am not about to give you the answers, but I am asking that you think about how things are changing and most of them are not obvious, but very subtle.

The internet’s ability to connect the masses and the rise of Social Media (one can assume that Social Media was not the plan of the system) have allowed everyone to own their own publishing and this includes the naughty movies people make. Think of it, would you rather watch a blockbuster movie or a video of your children and grandchildren performing really well? Yes the other forms of entertainment are no different and if we can share in the authenticity of a story because we know the participants we get a sense of achievement. This sense of achievement is what drives us and the various platforms have enabled us to be more interactive, and less of a simple observer. Therefore in the greater scheme of things mass media, which was almost forced upon us has lost much of it’s appeal. We would rather be the stars of our own stories.

Governments all over the world are trying to regulate people, even more than before and are facing huge resistance. When we are faced with fear tactics of theses authorities, we communicate with each other, wherever we may be to verify the stories. We are able to get our own information, mobilise our own motivation to keep those around us focused and upbeat in even the worst situations. We are the connected generation and authorities fear us more than we fear them – how the tables have turned and how ill prepared some authorities are and have been for the onslaught of the informed masses. To think that most governments simply want to keep the people stupid, so that they will vote for them. Strange that they did not see this coming, but then they were so deep in their own agendas that they never cared what the people were doing.

Where are we? We are in the new connected world and what we know no longer serves us. We need to seek wisdom so that we may see what is needed from us, as modern leaders with influence. It’s an exciting journey and we are definitely heading into uncharted waters.

Retired but still Disruptive
View all posts by RichSimmondsZA →
This entry was posted in LEADERSHIP, Social Communication and tagged authority, Influence. Bookmark the permalink.

2 Responses to Where are we? What happened to what we know?