Don’t gloat about SONA – it’s happening in your organisation!

Posted on February 17, 2015 by RichSimmondsZA 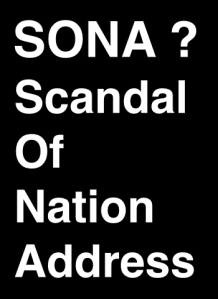 Last week in South Africa we had the State of the Nation (SONA) address. Many people were hoping that President Jacob Zuma would say he would pay back the money, thus taking the wind out of Julius Malema’s argument. Lets look at some of the reasons why this is not even a consideration by either President Jacob Zuma or his advisors. At times like these our thoughts go back to Nelson Mandela and how his style was so engaging and different. Yes it certainly was and his advantage was that he was removed from institutional thinking and then released to think like a leader. This fact was often criticised in Mandela’s leadership style as he did not always respect the existing structures (typical of a transitional leader). Unfortunately the institutional establishment don’t like the RuleBreakers as they fear the change and more than anything they fear being exposed by the RuleBreaker (something I experience daily in my consulting). Therefore President Jacob Zuma finds it difficult and virtually impossible to think like a leader. Of course his advisors are obviously thinking about themselves and can’t think of the greater good of the country, thus making the value of their advice questionable.

Everyone would like to think that this is a problem that only the government faces, but unfortunately that is not the case, it is a general problem all leadership faces worldwide. Why is this, one would ask? The answer is rather simple because we all went to the ‘same school’ and we have not been conditioned to think differently, we have been taught to ‘tow the line’ and observe the protocol of the ‘status quo’ (in latin it means the mess we are in). We see the same lack of creative leadership thinking in organisations, companies and churches as we are noticing in the government.

So what is the real solution? Thomas Power in the following YouTube video https://www.youtube.com/watch?v=S4IpLo0rKkE suggests that the thinking within an institution is Closed Selective Controlling (CSC) and that is no longer serving us very well, instead we should be Open Random Supportive (ORS). Thomas suggests that this transition took him 10 years to accomplish and I doubt whether any government or business has three years to get this thinking right. The social pressure from leaders like Julius Malema in South Africa and other leaders from around the world are changing the political arena faster than we can imagine.

In business of course the good news is you don’t have to change – you will simply become irrelevant and your competition will serve your customers. Need I say faster than you could ever have imagined. Leaders are underestimating the facts of this reality, mainly due to what they have been taught and this blinds them to the reality. We need a new approach to how leaders are developed, we need to be good teachers and show them where to look as opposed to bad guidance that tells you what to look at.

Leaders the choice is ultimately yours … I am sure we will discuss this a little more with Adriaan Groenewald on Leadership Platform on Mondays 12-1pm on CliffCentral.com