Posted on February 22, 2015 by RichSimmondsZA

Twitter has been around since 2006 and there is a bit of confusion as when it is appropriate to use a #Hashtags.

#Hashtags are generally used to draw attention to a word and using a #Hashtag in Twitter will also allow it to be automatically hyperlinked in Twitter. Therefore clicking on the #Hashtagged word, you will automatically be taken to a search of all Tweets with that specific #Hashtag in them. This makes it simple and very effective if you were looking for a Tweet about potential #jobs you were looking for. Similarly if you were looking for all Tweets about #leadership you would click on the #hashtag and be taken to a search result of all the leadership related Tweets.

Doing a word search on Twitter will produce the same results, thus making the #hashtag unnecessary and you would of saved one of your characters for other parts in your message.

The use of customised and specific #Hashtags around an event or activity allow people to Tweet and find all the other Tweets about the event. Using a shortened name saves space like #CWC15 instead of Cricket World Cup 2015 saves a lot of space on Twitter.

The other practical uses are when you combined three words as with #WorldWildlifeDay notice that the three words are capitalised to make it easier than worldwildlifeday.

Where #hashtags have lost a lot of relevance are in cases of topical news items and major sporting events. The #hashtag may be great for getting attention, but a classic example was when the #OscarTrial was taking place in South Africa; there were too many Tweets from too many arbitrary sources, so you really needed a trusted source like @BarryBateman who would filter the news to you as it happened at the Oscar Pistorius Trial.

Following the #OscarTrial would of produced results from people like the account below who were confused about which Oscars they were #hashjacking. 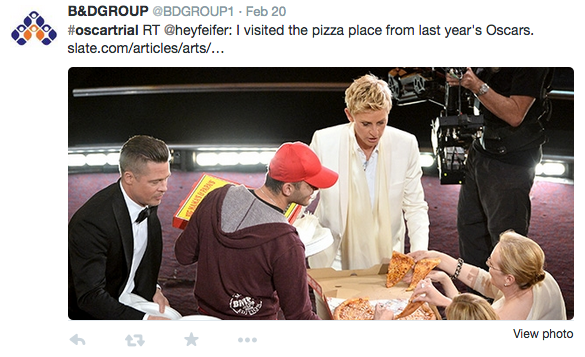 Retired but still Disruptive
View all posts by RichSimmondsZA →
This entry was posted in Social Communication and tagged #hashtag, #hashtags, Twitter. Bookmark the permalink.