Posted on April 9, 2015 by RichSimmondsZA

Social Media is indeed a changing landscape. The world itself is changing rapidly and this change is often difficult to detect, as strange as that may sound … Why do I say this? Very simply, if you are not part of the movement, you cannot feel the change. In the past it was possible to remain in a position and notice the change as it passes you – these changes were physical like the Television set, the rocket on its way to the moon, the computer and more recently the cellphone; all tangible and easy to notice.

Around the same time the internet was being developed and rolled out in networks across the world, but many people did not hear of this until the Dot.Com era happened – the fact was it was happening and you needed to be part of it otherwise you never would have noticed the changes.

I call this the shifting sand of our times, and what I do need to tell you is that if you cannot sense a shift in any direction, in whatever you are involved with, well frankly you need to be extremely worried. Things are changing and moving all the time and just because you do not feel these changes as part of your reality, it won’t change the fact that technology and change is leaving you behind. If this happens you are in ‘Digital Darwinism’ as Brian Solis puts it and you’re soon to be extinct and even sooner you will be forgotten.

I am unapologetic about these statements and I have found this to be true in my life on many occasions, currently we are experiencing a trend in the social media space that is a real game-changer. Previously it was about Listening and Engaging with people or your customers, however this is no longer sufficient.

WARNING – Please don’t read any further if you are a sensitive person, I don’t use profanity but the ideas and concepts presented may just cause irreversible change in your life. 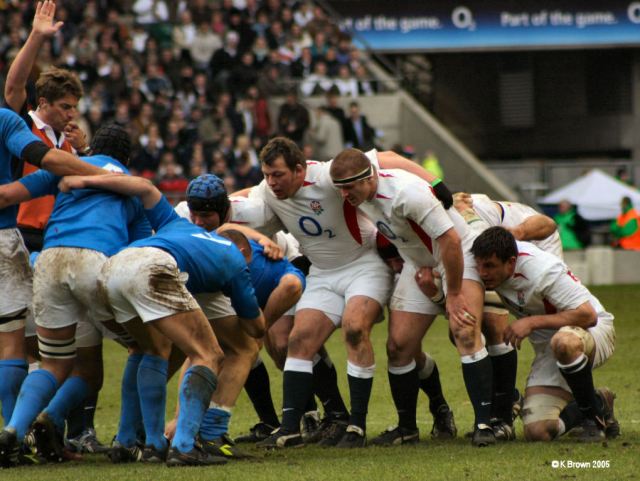 This terminology is borrowed from the game of Rugby and it’s the new reality, let me define these in more detail for you:

TOUCH : Who will anybody build a relationship with? The people who acknowledge them, so to be very blunt if you don’t wish to acknowledge someone on the various social platforms, you don’t care and you saw them as an object, not a person. The lesson is simple, either you decide to acknowledge them or somebody else will.

Is this hard? Yes of course it is, if it wasn’t it would not be a relationship and you had better wish very quickly there is a time machine that will take you back to the eighties. Oh, by the way, I saved you time and Googled ‘Time Machine’. It is a backup provided by Apple and the last time I checked I was too big to fit into it, so unless you can turn yourself into 0-1-0-1 or some other binary code it will not assist you.

The stark reality of this message is that unless you are prepared to become part of the EGOsystem in which you intend to play, you are going to become extinct. If you hoping that some limp automated system will do your work for you, you have probably become extinct already. At some stage in your life you have probably heard the saying ‘Life is Tough’ and that is true, but the actual saying is “Life is tough, but it’s tougher if you’re stupid. ” – John Wayne

So get real and don’t be stupid, just acknowledge those who are in the EGOsystem that you wish to play in. I did not make the rules, I am simply the messenger and if you need counselling or help, please CONTACT ME sooner rather than later.

PAUSE : Well after that hammer on the head, you and I will probably need to pause. How do we pause on the social platforms? We need to LISTEN but we probably knew this, previously we have listened but we never acknowledged those we were listening to, which was rather rude of us, don’t you think? We could have simply said thanks; for the great information, the article or the advice given and how much we appreciate it. Did we perhaps feel entitled to it because the internet and online is so-called free? Yes, we may have and although that may be justified, we were still actually rather rude. My parents may have even told me this if they were around, bless their souls.

Listen and listen properly, that is listen to hear and understand what they are saying. Don’t listen for the keywords and trigger words that you are looking for, people don’t always understand why you interrupt them when you do, but they certainly know that you have not listened to them. Remember PAUSE.

ENGAGE : Don’t assume anything, before going any further can you honestly say you have acknowledged those you have targeted or are wanting to engage with, have they interacted with you on any other level than the level you want to sell them on? This is an important question as this is about the relationship (you cannot just kiss – there is a process).

A lot can be said about engagement and some of my previous posts like: Marketing – CONTENT Engagement, Entertainment and Experience will help give you some further insight.

The process of Touch – Pause – Engage is a consistent one and because your follower and customer base is constantly growing and changing, these three components need to be part of everything you do.

This is a new approach, and I look forward to your TOUCH regarding this article.