Posted on September 15, 2015 by RichSimmondsZA 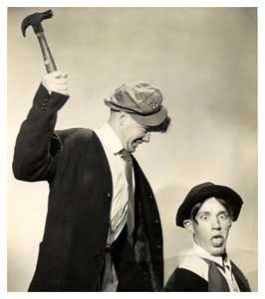 Connecting is not only a personal issue. Leadership development has failed us over the years, (this is not my opinion, this is honest fact), probably because many view leadership as an advanced management system. A young graduate once asked his wise mentor if he should continue studying and get his MBA, the mentor kindly replied …

“no, please don’t, the world needs leaders, not managers”

This simple nuance is where I believe things started to go wrong, but the interesting fact is that this problem did not start yesterday.

I want to take you back to the start of the industrial revolution, and a thought that will potentially disrupt your thinking – I say this because the way we are going will not provide the solutions we need. In the days of the factory and the system, leaders were the mavericks – the disruptors –  and the system tried to marginalize them. The industrial system was close enough as dammit to slavery. It would have been counterproductive to train managers to be effective leaders, as this would have resulted in an uprising. Instead, we called senior managers leaders, and gave them all the systems and processes like vision statements / mission statements to make them think they were more superior than the masses. This superior thinking then resulted in the leaders thinking the people needed to serve them, as opposed to being  a true leader (which they were not encouraged to be) who serves the best interests of the followers.

The system gave leaders tools to measure people and kept them from connecting effectively with these people, thus the relationship was effectively lost and the worker was just a number. I am talking of 200 years in our history, which is not long in the bigger scheme of things. Unfortunately, the printing press and mass media also emerged during this time, propaganda emerged and manipulation of information was the order of the day.

The school system was also introduced during this period; the underlying motivation was to create factory workers and teach people consumerism. Therefore, those leaving the school system would be less likely to be real leaders, and more like the managers the factories required.

Why do things not change? Let’s look at my favourite, the MBA, as an example. It has changed slightly over the years, but you cannot change things while those who invented it are still alive, or whilst others need the level of recognition that comes from having such a qualification. This simple fact illustrates why the process of change is always so slow – some people might call this respect. (If you think this type of thinking is relevant – then respect the fact that this thinking will make you extinct). Of course you cannot scrap the qualification, because then those who have it will have a useless piece of paper. It simply cannot change.

We base most of what we know on the above mentioned two hundred year bubble that, in most cases, has already burst. Most of us have not realised this, but we may agree that we need to quickly pioneer something new (or is that actually something old?)

Unless we connect like we did before there was technology, we cannot call ourselves social creatures. Technology is there to aid our connection and speed it up, but not replace it. We have allowed systems and technology to rob us of our true relationships with others. Propaganda is interesting, and for it to be effective we just need to keep ourselves busy with nonsense, so that we may disregard the real things that are important and will make us effective people with influence. Perhaps this nurturing and building relationships will help us to be seen as a little more significant to others, and we could potentially become a leader.

Maybe the only development we need is to practice building more effective relationships, and actually connecting with people. It has been said we can learn so much from others, but do we learn?

Does this article resonate in some way with you and are you able to ask critical questions about your own actions or that of your team that need improving? Email me on richsimmondsza@gmail.com for more on achieving the balance needed for success in your own life, and in the leadership of your organisation.

Retired but still Disruptive
View all posts by RichSimmondsZA →
This entry was posted in LEADERSHIP and tagged Leadership. Bookmark the permalink.