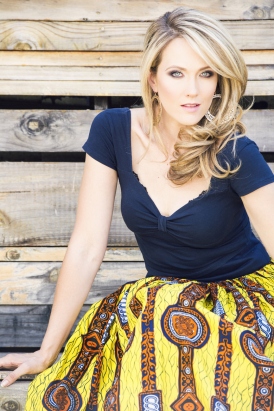 Catherine Constantinides has been chosen as one of the 2016 Mandela Washington Fellows under the US Department of State’s Young African Leaders Initiative (YALI).

As we celebrate Africa month and take this opportunity to highlight not only the challenges of our continent but the opportunities that exist, we also celebrate the achievements and milestones being achieved by young people across Africa and their impact on the globe at large.

One such dynamic young leader is a trailblazer in her home country, South Africa; as well as across the globe. No stranger to leadership platforms and thought leadership, Catherine now adds another exciting achievement to her unbelievable list of accolades.

Catherine will leave for the USA next month with fellows from across the continent as they embark on a 6 week leadership training, including academic coursework, as an opportunity to hone their skills at a US higher education institution with support for professional development after they return home.

The Young African Leaders Initiative (YALI) is a signature effort to invest in the next generation of African leaders.

Nearly 1 in 3 Africans are between the ages of 10 and 24, and approximately 60 percent of Africa’s total population is below the age of 35. President Obama launched YALI in 2010 to support young African leaders as they spur growth and prosperity, strengthen democratic governance, and enhance peace and security across Africa.

Catherine was recently awarded the Ubuntu Youth Diplomacy award from the South African government for her outstanding work as an ambassador for the country across the continent and internationally. Her work as an international climate activist, passionate humanitarian and social entrepreneur, this young lady has been acknowledged for a career that started when she set up her first business venture at the age of 16. Her work on women empowerment in the environmental space has seen her organization grow from just working in South Africa to working in Zambia, Cote D ‘Ivoire, Ethiopia and Namibia to name a few.

At the helm of the Miss Earth South Africa leadership programme, Catherine is also Co-Founder of Generation Earth, a social cohesion advocate for the Department of Arts and Culture and a well-respected media personality. In 2015 she was invited as an honourary member of the Golden Key Society and was also nominated as one of South Africa’s 21 icons as part of an acclaimed TV series honouring great South Africans. This leader is also an Archbishop Tutu African Oxford Fellow and has worked tireously over the past 18 months on human rights violations in Africa with a firm commitment to bring justice to forgotten people across the continent.

Catherine says; “In order for us to unlock the potential of Africa, we must be committed to succeed in ensuring that human rights are an integral part of our fabric with a unified commitment and energy to move Africa forward as an economically stable and viable global competitor”.

The Mandela Washington Fellowship for Young African Leaders, began in 2014, as the flagship program of President Obama’s Young African Leaders Initiative (YALI) that empowers young people through academic coursework, leadership training and networking. Fellows are placed at U.S. colleges and universities for academic institutes. Institutes will focus on skills development in one of three areas: Business and Entrepreneurship, Civic Leadership, or Public Management. At the conclusion of the academic and leadership institute, all Fellows will participate in a Presidential Summit with President Obama in Washington DC in August. Mandela Washington Fellows are between 25 and 35 years old; have proven track records of leadership in a public, private, or civic organization; and demonstrate a strong commitment to contributing their skills and talents to building and serving their communities.

Catherine has been placed in the Civic Leadership track and will spend her time in Virginia at The Presidential Precinct. The Presidential Precinct unites six landmark institutions – four of America’s most important historic sites and two of the country’s most outstanding public universities being the University of Virginia and The College of William and Mary; America’s second oldest university also called “the Alma Mater of a Nation” thanks to its deep ties to the founding fathers, including Jefferson and Monroe who studied the intellectual underpinnings of self-governance at this historic campus.

Retired but still Disruptive
View all posts by RichSimmondsZA →
This entry was posted in Uncategorized. Bookmark the permalink.