Bitcoin was created as an answer to the financial crisis of 2008, the idea was to provide an alternative to the Fiat currencies used all over the world.  Since the start of Bitcoin in 2009 its popularity has grown, and due to the idea of Bitcoin many other cryptocurrencies have been introduced like Ethereum, Litecoin, Ripple and at least another 20 that have good potential.

However, whenever there is something good, the market sees an opportunity to abuse the system. Enter the newest legal way to scam people out of their hard earned money – the ICO (Initial Coin Offering), Shitcoins and Scamcoins. All of these start with a business case of some form or another. I will try to explain this to you in a very simple way so that you can potentially see the dangers and then try to assess the risk for yourself.

ICO’s (Initial Coin Offerings) – These usually start with some sort of Whitepaper that outlines the business case for the coin issue. This is a semi-legal document that tries to communicate a timeline and intention of the coin. The business case for any idea is to get people interested in a new product (in this case the coin) and then to get investors to start putting money in or buying the tokens or coins. The bigger names you get interested in the project, the higher the potential for the coin offering to be successful.

So let’s assume there is enough interest and investment to get the coin launched, then the coin will need to be listed on a Crypto exchange so that you can trade this coin for Bitcoin and ultimately exchange it for cash.

Before the coin is launched, however, a few things take place – the first step is normally to give away coins to the software developers and other parties, usually those who have been promoting the coin – everyone is looking for value and no one is going to work for free. This is to get people talking about the coin and for people to start getting interested.

The next step is to start selling the coin prior to the launch on the exchange, let’s assume this is done 6 months prior to the launch and the projected launch price will be 50 cents. In month one the coin could have a value of 5 cents, in month two 10 cents and in the six months the value will be in the region of 50 cents. Sounds simple and practical, right?

But when everyone is looking for quick profits it usually leads to disaster. The developers and promoters are looking for real money and exchange the coins they got for free as soon as they arrive on the exchange at 50 cents, the speculators who bought the coin at 5 cents and 10 cents start selling so they too can make a profit. Suddenly the 50 cents value on the exchange is down to 10 cents again. Who loses? It is normally the people who came in last and never the people who bought early.

This is a form of insider trading that cannot be controlled and it is the easiest and most legal way to steal money. Promises are made that this will not happen but believe me, I am just scratching the surface here. I predict that millions will be lost to this legitimate scam and books will be written about this era in the future. Of course, some will make millions and they will say they just did the right thing at the right time – that, of course, is debatable. 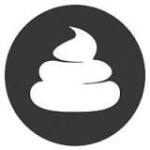 Shitcoins – these are simply ICO’s without a good business case (which are the majority of the coins), that promise value when in actual fact there never was or will be a value. The creators of the coins try to create momentum by using airdrops and different forms of crowdsourcing in an attempt to get as many people interested as possible. Often these coins are promoted on the coins website, where it is possible to spend real cryptocurrency acquiring these coins at the perceived value from promoters. Most of these coins will never make it onto an exchange and therefore will have no real value.

Scamcoins – these are coins which are used to hide the real value of an online investment type company, they are normally issued when the company that promised unreasonable returns runs out of money. Then it becomes the problem of members who hope they will get paid to get these coins listed on exchanges. The reality is that everyone is anxiously waiting for payment, and once these coins are listed on exchanges, everyone sells their coins and the value simply drops more than 300%. Everyone loses and of course, the company who issued the coin gets away with the real money.

In the world of cryptocurrency, the greatest benefit is that things are not regulated, of course, this is a great benefit if you are on the winning side of the above examples. The problem is that you can never really be sure which side of the regulatory you are on and you might just end up losing more than you bargained on.

1 Response to ICO’s, Shitcoins and Scamcoins